Drag Queens Were Targeted by the Proud Boys. Whom Did the Police Support? – The Nation Fund for Independent Journalism
Skip to content

Drag Queens Were Targeted by the Proud Boys. Whom Did the Police Support?

Telegram messages from the Columbus Proud Boys suggest that defenders of the extremist hate group exist within the local police department.

In November, the First Unitarian Universalist Church and Red Oak Community School in Columbus, Ohio, announced a “Holi-Drag Storytime” event where drag queens would read books to children and perform holiday-themed dances. “We value social justice and inclusivity and believe that creating a more equitable world for all people requires us to begin this work at a young age,” wrote the school. “When young children are raised with these values, it prevents bullying, hate and fear of ‘others’ later in life.”

Information on the event quickly made its way to the local chapter of the Proud Boys, an extremist group known for glorifying violence and misogyny. The Proud Boys have increasingly targeted LGBTQ nightclubs, drag shows, and other public activities featuring queer voices this year, routinely calling attendees “pedophiles” and “groomers.” Immediately, the Proud Boys organized their own protest to be held outside the Holi-Drag Storytime, asking hundreds of supporters to show up as a form of intimidation. When protesting queer events, Proud Boys members are often armed. In 2018, the Federal Bureau of Investigation classified the Proud Boys as a white nationalist extremist group. “It’s gonna be wild,” wrote the chapter on Telegram, the messaging service the Columbus Proud Boys use to release information to the public about their plans.

Over Telegram, another Proud Boys member encouraged allies to “have fun” and “curb stomp” those attending the Holi-Drag Storytime event. Facing the potential for violence and attentive to safety concerns expressed by the drag performers, Red Oak Community School canceled the reading on December 2, one day before it was planned to take place. Instead, more than 50 Proud Boys paraded through the streets of suburban Columbus in celebration, joined by members of other far-right organizations, including Patriot Front, another white nationalist group. 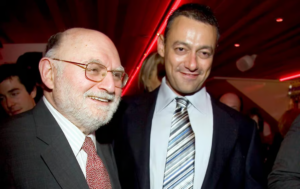 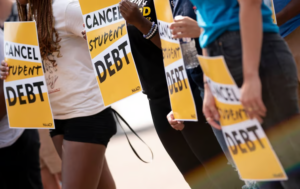 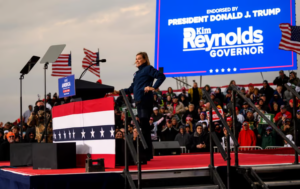