Is Every Sentence a Life Sentence? – The Nation Fund for Independent Journalism
Skip to content

Is Every Sentence a Life Sentence?

Around 1.3 million Americans are currently incarcerated, and they will continue to be punished long after their release.

By Dylan Cohen and Dexter Peters

EDITOR’S NOTE: In the fall of 2021, a group of students at Wake Forest University took part in a class on data-driven advocacy. Their objective was to find a question that was broadly relevant to inequality, answer that question using basic tools of data science, and convincingly communicate that answer clearly to a broad audience in a partnership with the Puffin Nation Fund Writing Fellowships. This article is the second of the final products that came out of that course. The authors sought to understand whether racial disparities in crime and punishment have consequences that extend beyond the legal system, including employment, income, and mental health.

A legal system capable of delivering justice fairly and equally is a cornerstone of a functioning democracy. But in the United States, some racial groups are more likely to run afoul of that system than others. Approximately 1.3 million Americans are currently incarcerated, a higher per capita rate than any other country. And while one in every 17 white men in the United States will be jailed at some point in their life, one in three Black men will suffer the same fate. Black and Hispanic men are also sentenced to longer jail terms than their white counterparts. For these reasons, Black people comprise the majority of prisoners in the United States despite being a minority in the population at large. This racial disparity is reflected in data from the National Longitudinal Survey of Youth (NLSY), a survey following almost 9,000 young Americans throughout their lives starting in 1997. Survey respondents are chosen so that the sample matches the demographic characteristics of the US population. 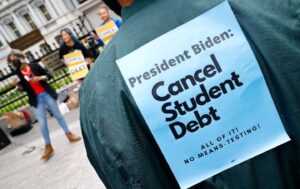 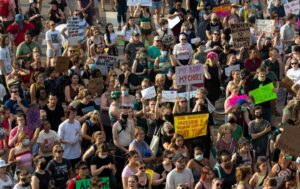